Happy National Pollinator Week! Pollinators do a lot, sustaining wild ecosystems and providing 35% of our food. But what are pollinators? Pollinators are animals that transfer pollen in flowers between plants. Bees, of which there are 16,000 species worldwide and over 400 in Minnesota, are by the far the most important group of pollinators. Bees provide $24 billion to our economy annually (including $15 billion from the European honey bee). Butterflies are also important, but they really are accidental pollinators since they do not collect pollen like bees and only visit flowers for nectar.

There are many other types of pollinators though, beyond bees and butterflies! Here are the top five you may not know about!

Moths! Did you know that moth species outnumber butterfly species by at least 15 to 1, and that butterflies are really best thought of as one of the moth groups? Some plants, like the beautiful but endangered western prairie fringed orchid, are only pollinated by hawk moths. 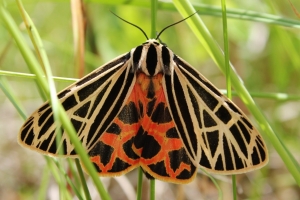 Wasps! Closely related to bees, wasps, like the great black wasp, drink nectar from flowers and are important pollinators. Leave them alone and they’ll help your wildflower garden! 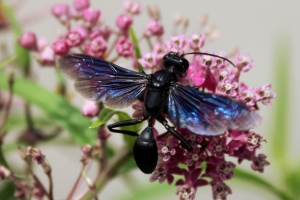 Flies! Many would argue that the most important food is chocolate. Did you know that chocolate would disappear without their only pollinators, tiny flies called midges? Flies are also important pollinators of many Minnesota wildflowers. 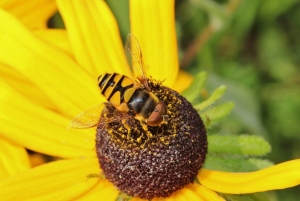 Beetles! What is the single largest group of animals on Earth? With over 400,000 named species (so far!), beetles are up to one third of all types of described life! It is no wonder then, that some are specialized as pollinators! 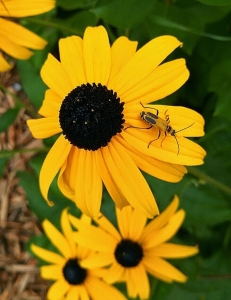 Hummingbirds! Not all pollinators are insects! Some are vertebrates (like us)! Long tubular flowers (especially red) produce nectar to attract hummingbirds for pollination. With one of the fastest metabolic rates in animals, hummingbirds re-visit flowers in a “trap-line” rotation to drink nectar as fast as it can be produced. 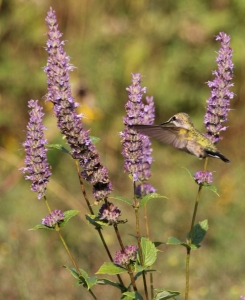