What’s a girl from Minnesota Zoo’s Bird Show doing in a ger in Mongolia?

Taylor Steger, Interpretive Naturalist at the Minnesota Zoo, just returned from Mongolia where she assisted with research to help save the Asian wild horse (also known as Takhi, or Przewalski’s horse), in partnership with Hustai National Park and the Smithsonian Conservation Biology Institute. Once considered “extinct in the wild,” these horses were reintroduced into Mongolia from a captive breeding program. The Minnesota Zoo currently coordinates the North American zoo breeding program, the Asian Wild Horse Species Survival Plan.

The Minnesota Zoo is dedicated to conservation efforts right here in Minnesota and all around the world. The zoo supports many organizations and different conservation projects, but a unique effort is its Ulysses S. Seal grant program. This program encourages Minnesota Zoo employees to support and participate in various conservation projects throughout the country and world. I am a Ulysses S. Seal grant recipient of a Zoo scholarship that allowed me to travel to Mongolia.  So that’s how a girl like me – Taylor, a bird show interpretive naturalist – ended up in the Hustai National Park in Mongolia living in a ger (a traditional house) and studying the endangered Asian Wild Horse.

Why would a person from bird show be interested in a horse conservation project? And why would the Minnesota Zoo care to have a bird show staff be a part of such a project? Although I love birds and have a passion for my career at the zoo, growing up, I was involved with horseback riding. You might say horses were my first love, and it is because of my involvement with them that I am where I am at today, working in the animal field. So when this project was announced, I was excited for the possibility. I am fortunate for the Minnesota Zoo in that it encourages all of their employees – biological programs, marketing, grounds crew, upper management, you name it – to apply to participate in any and all conservation projects, even if it is not directly connected to the employee’s current department. The grant is made to inspire the zoo’s employees, to keep them well rounded in the conservation field and to provide hands on field experience to bring back to the zoo and give back to the zoo’s collection of species.

My participation in the project consisted of spending twelve days with the Minnesota Zoo’s conservation biologist Dr. Kate Jenks, lead Minnesota Zoo Veterinarian Dr. Jim Rasmussen, Minnesota Zoo’s northern trail zookeeper Tim Hill, and many staff members from the Hustai National Park studying Asian Wild Horses.  The aim of fieldwork in April was to place 8 GPS tracking collars on mares from 8 different groups.  This will help biologists monitor the horses use of habitat and water sources to learn how to encourage the horses to expand into new areas of the park.

The staff members from the Hustai National Park were amazing. They welcomed us and made us feel at home, and watching their dedication and hard work for the park was inspiring. On our first day at the park, Hustai National Park biologist, Uuganaa, took us throughout the entire park to show us different landscapes and species. With what looked like a few specs on the windshield, Uuganaa could tell you the species we were approaching and exactly how many were in the group. When looking at the different Asian Wild Horse groups, Uuganaa could take one quick look into his binoculars and tell you the stallion group name, identify the lead mare by name and tell you any other characteristics the group had. The same was true with identifying birds. With what looked like black dots in the sky, Uuganaa could tell you the species, the scientific name and the approximate age with just one glance. Uuganaa is not the only staff member with a gift of being so connected with the park and the species within it. Hustai’s Research and Training Manager, Usukhuu, can do the same. At any given time, you could ask Usukhuu about population trends, population numbers and overall species well-being, and he could answer immediately. Uuganaa and Usukhuu are surrounded by fellow biologists and rangers that are just as in tune with the park and what is going on around them. They are able to keep tabs on all the different species’ statuses and also identify when poachers have entered their area. The project could not have been done without their insight and overall hard work for the park and the species within it.

When talking about the Hustai National Park staff’s hard work, it is not something I speak of lightly. Their knowledge of the park is an amazing thing to experience, but to see how hard they work to get that knowledge and protect the park’s various species is a work ethic that I admire. The park staff was up before us, finding the specific horses and helping us prepare for the day, and then was up later than us at night, preparing for other projects and upkeep around the park. Day in and day out, no matter the weather conditions, the staff was out checking the park and the animals. On top of maintaining the park and protecting the various species within it, the Hustai National Park is a place for tourists to visit and enjoy. Hustai takes care of its guests from all over the world by providing every meal, cleaning, proudly explaining their culture, and providing various forms of entertainment. The park offers two housing options to its guests, a traditional ger or an indoor room in the main tourist building. Right outside the park is where most of the Hustai staff live, another example of their dedication to the park. With the conservation office and tourist building being right next door to their homes, you can be sure to find a staff member at all hours of the day and night. Even though buildings are available for staff housing, most park rangers prefer to live in a traditional ger.  Usukhuu described it to me as they can “feel the wind,” intensifying the bond they share with the park and the activity within it.

Spending any amount of time with a Hustai National Park ranger, biologist or any other staff member, you can feel their love and see their dedication to the park and the species it provides. They all want to sustain this park and want the plants and animals within it to thrive. They find joy in all the park’s beauty and successes, and with the largest population of Asian Wild Horses in the world and their nationally threatened red deer population increasing twenty-five times its original size in just twenty years, the Hustai’s staff dedication and hard work has not gone without reward.

I am beyond grateful to have been a part of such a team for twelve days. I would not have experienced this life-changing opportunity without the Minnesota Zoo and the Ulysses S. Seal grant program. It is because of the zoo’s mission and drive to involve its employees in conservation all around the world that has given me a chance to be a part of something so crucial to the research and support of the Asian Wild Horse. I am excited to watch the Minnesota Zoo and the Hustai National Park work together to continue to positively impact the world of conservation. 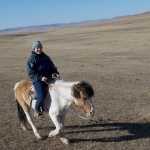 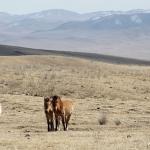 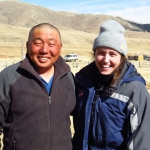 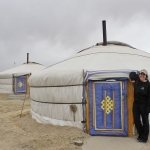 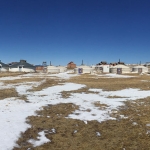 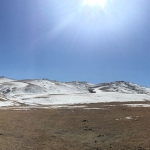 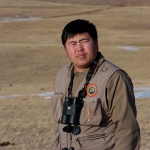