No more complaining about skunks stinking up the neighborhood, rabbits eating the vegetable garden, or mice sneaking in the house to escape the cold.  Here in northern Sumatra, people live with tigers in their back yards.

But the danger goes both ways.  Before the Wildlife Response Units began their activities here in 2008, around 15 Sumatran tigers per year were killed per year or removed from the ecosystem due to tiger-human conflict.  For a critically endangered, long-lived animal that numbers only a few hundred in the wild, that kind of loss can be huge.  But there is hope.

Thanks to the efforts of the Wildlife Response Units I visited, in collaboration with the villages in this region, ZERO Sumatran tigers were killed or removed here in 2014 as a result of conflict.  Cases of livestock killed by tigers have also dropped dramatically.

The villages I visited rely on agriculture for their livelihoods.  People plant crops for their families and for sale – rice, peppers, chilies, limes, patchouli, areca nuts, nutmeg, and more. Many also raise goats, cattle, and buffalos.  The farms in this region unfortunately attract the tiger’s favorite prey species.  Conflict occurs when tigers follow the wild boar and deer to the villages.  Here, tigers attack livestock, instill fear in people, and disrupt livelihoods.  Tigers can also become caught in snares that people set to catch crop-raiding wild boar or to hunt wild deer.

When a Wildlife Response Unit responds to a report of tiger-human conflict, they go through four steps.  First, they try to verify what happened by collecting evidence on the ground.  If a tiger was involved, they take steps to manage the immediate conflict situation – such as holding community meetings, patrolling the village, using tactics (such as fireworks or an air cannon) to scare the tiger back to the forest, and/or working with villagers to construct a tiger-proof livestock enclosure.  Afterward, they continue to follow up with the village to monitor the conflict, and may place camera traps in the area to check for the continued presence of a tiger.  The final step is to evaluate the success of their methods and determine strategies for long-term conflict mitigation.

Some of the villagers I met had seen signs of tigers or heard their roars in just the past few weeks.  Many had changed their livestock practices to prevent conflict. Traditionally, livestock in this region have been left free-ranging, but this leaves them vulnerable to tiger attacks. A single cow can be worth a thousand dollars, so losing one to a tiger is a big deal.  Most of the villages I visited now have tiger-proof livestock enclosures to protect their large-bodied livestock at night.  When encircled in barbed wire, these enclosures have proven to be 95% effective.

Near one of the villages, we hiked into the nearby forest to check a camera trap that the Wildlife Response Unit has placed there to monitor for tiger activity.  No serious conflict has occurred in the village for several years, but tigers still routinely pass nearby.  Gibbons sang loudly from a nearby hillside as we downloaded the encrypted files from the camera and enjoyed the spectacular view of the Leuser ecosystem.  Back at the village, we scrolled through the photos – numerous shots of grass waving in the wind, and then – a tiger!  It was thrilling to see such a close-up photo of a tiger from the spot we had just been standing, but it was also a stark reminder of how important it is to continue efforts in this region to prevent tiger-human conflict.

Read more about this project, view our supporters, and find out how you can help at www.tigercampaign.org. 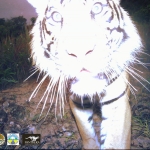 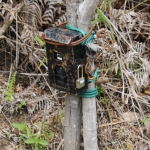 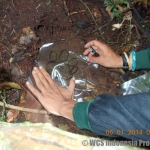 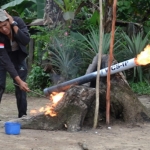 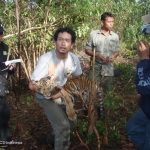 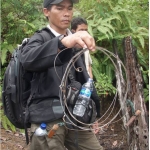 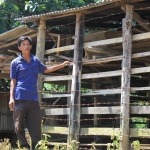 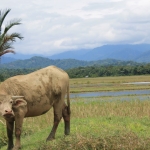 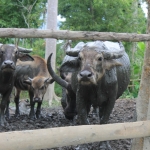 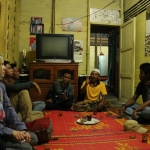 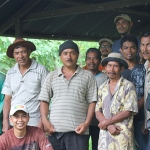 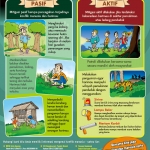