Off to the Wilds of Mongolia

I brace my hand against a cold window, smearing a palm print onto the foggy glass as I try to keep myself from bouncing around.  We’re working our way along a dirt road in a beat-up Russian van, across endless grasslands (brown now in early spring), towards Hustai National Park, Mongolia.  With all of the up and down, left and right, bumpity bumping along, they say “look to the horizon” to keep from getting motion sick.  The horizon is gorgeous with snow peppered mountains providing a stunning backdrop.  The low mountains are sprinkled with snow that defines the ridges just enough to give them a rugged, picturesque feel, up close and personal.  We squint and can see a blur of dots in the distance — a herd of Mongolian gazelles running across the grasslands.  But what we really hope to see are Asian wild horses.

The Minnesota Zoo has been involved in Asian wild horse population management since our founding in 1978.  In 1990, the Minnesota Zoo sent a stallion named “Amraa” to the Netherlands to participate in a breeding program for a population of Asian wild horses to be reintroduced to the wild.  At last count, 82 of his descendants were alive in Hustai National Park. We are now focusing our conservation research efforts there, where the world’s largest reintroduced population of 300 horses continues to face challenges from extreme winters, livestock encroachment and disease, and the risk of inbreeding with domestic horses.  Furthermore, the population is only occupying 35% of the park and still requires close management.

To encourage the Asian wild horses to use more of the park and eventually grow their population numbers, the park management may need to undertake habitat improvements.  This could involve adding artificial water sources.  Our objective on this trip is to safely deploy eight GPS tracking collars on Asian wild horses from eight separate harems (groups) to understand current horse habitat use and resource needs.

Our team that traveled from the Minnesota Zoo to Mongolia is a mixed bunch:  me (a biologist), Dr. Jim (Minnesota Zoo head veterinarian), Tim (a Northern Trail keeper), and Taylor (an interpretive naturalist who presents Bird Shows at the Zoo).  We each have a role to play to make our mission a reality.  Stay tuned to learn whether or not our trip was a success…

Dr. Kate Jenks, Conservation Biologist at the Minnesota Zoo, just returned from Mongolia where she led research to help save the endangered Asian wild horse (also known as Takhi, or Przewalski’s horse), in partnership with Hustai National Park and the Smithsonian Conservation Biology Institute. Once considered “extinct in the wild,” these horses were reintroduced into Mongolia from a captive breeding program. The Minnesota Zoo currently coordinates the North American zoo breeding program, the Asian Wild Horse Species Survival Plan. 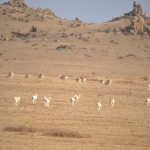 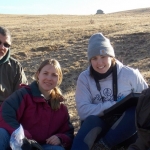 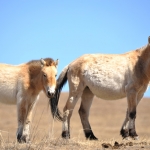 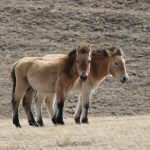 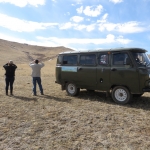 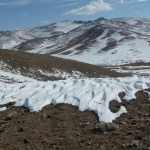 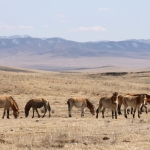