Less than ten years ago, the situation looked dire for wild Amur leopards.  One of the rarest and most beautiful cats on Earth, the Amur leopard had declined to fewer than 40 wild individuals.  But thanks to conservation efforts, including support from the Minnesota Zoo, Amur leopards appear to be increasing in the wild and there is a government-approved plan to reintroduce them to a wildlife reserve in the Russian Far East.

Though leopards are widely distributed across Africa and Asia, the Amur leopard subspecies is now restricted to one small area of temperate forest near the borders of Russia, China, and North Korea.  Forest fires, poaching, and other human activities have caused their range to shrink, and continue to threaten wild Amur leopards.

For the past ten years, the Minnesota Zoo has served as a coalition member of the Amur Leopard and Tiger Alliance, raising funds and awareness to help wild Amur leopards.  Millions of zoo guests have come face-to-face with these critically endangered cats at the Minnesota Zoo’s unique and award-winning Russia’s Grizzly Coast exhibit.  Through volunteer interactions, staff training demonstrations, education programs, and our Russia’s Grizzly Coast conservation cabin, we’re bringing the Amur leopard’s story to life here in Minnesota.  And we’re proud to say that our zoo guests have played a role in helping Amur leopards, by donating over $20,000 to “big cats” in the conservation cabin.  These funds have helped scientists monitor wild Amur leopards in Russia and China, to understand where they live and how many remain.

Around 200 Amur leopards are managed globally in zoos, as part of a Species Survival Plan in North America and a Global Species Management Plan worldwide.  Experts have developed a plan to use offspring from zoo-bred Amur leopards to restore these rare cats in recently extirpated areas.  Last year, the Russian government approved the plan, and now efforts are underway to raise funds to make it a reality.

So on your next trip to the Minnesota Zoo, be sure to visit the Amur leopards and share their good news with your family and friends.  You can help Amur leopards by donating to “big cats” in the conservation cabin; or you can make a donation online and let us know that you would like your gift to go to Amur leopard conservation.  Together, we can help bring this amazing cat back from the brink of extinction! 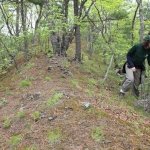 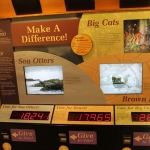 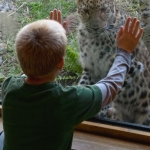 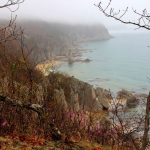 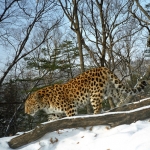