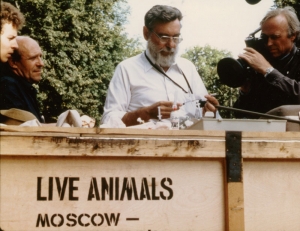 Conservation is an integral part of the Minnesota Zoo, and has been from the start. This year, the Zoo is excited to celebrate 40 years of saving wildlife!

When the Minnesota Zoo opened its doors on May 22, 1978, it did so with the vision of being a more naturalistic, scientific, and conservation-based zoo. There may not have been a Conservation Department until over ten years later, but early efforts to save wildlife set the foundation for the kind of work the Zoo would be dedicated to – conserving animals using sound science, zoo-specific expertise, and collaborations with other organizations.

Some of the Zoo’s earliest work in conservation was the product of Dr. Ulysses S. Seal, a Zoo Board Chair who began many notable programs. He led the original Tiger Species Survival Plan (SSP; North American breeding program), conducted foundational research on tigers, and initiated efforts that many modern conservation and zoo biologists rely on, such as the Conservation Planning Specialist Group and Species360. Beyond his work, the Zoo’s Birds Department worked with the Minnesota Department of Natural Resources, Three Rivers Park District, and others to restore trumpeter swans in Minnesota.  Due to the combined work of these organizations, the restoration was a huge success; trumpeter swans are home again and thriving!

The Minnesota Zoo’s Conservation Department was formed in 1990, with Dr. Ron Tilson as its first Director.  He pushed to make the Zoo more active in saving wildlife in nature, and commenced major efforts in Indonesia and China to study and conserve wild tigers.  In his role as Tiger SSP Coordinator, Dr. Tilson also spent time traveling to zoos across Asia to improve management and care for tigers and other species.  Before his retirement, Dr. Tilson also brought on board Dr. Jeff Muntifering to study and save the black rhino in Namibia. The Minnesota Zoo has partnered with Namibian conservation organization, Save the Rhino Trust, and others to help this critically endangered species.

Upon Dr. Tilson’s retirement in 2011, Dr. Tara Harris took over as Director of Conservation and Tiger SSP Coordinator. Under her leadership, the Minnesota Zoo has greatly expanded its conservation programs and partnerships in Minnesota and beyond.  As Tiger SSP Coordinator, she initiated the Tiger Conservation Campaign which has raised nearly a million dollars for wild tiger conservation efforts. Internationally, the Zoo also began working with partners to study and help save Asian wild horses and Asian wild dogs (dholes). And right here in Minnesota, the Zoo’s Conservation Department expanded its efforts to include research and conservation projects for prairie butterflies, freshwater mussels, moose, and turtles. Other Zoo staff members are also working with the Minnesota DNR to restore bison in the state.

There have been many amazing conservation successes for the Zoo, but for some animals there is still a long road ahead. Through the dedication and hard work of its staff and volunteers, the Minnesota Zoo is committed to its vision of a world where wildlife thrives in Minnesota and beyond. 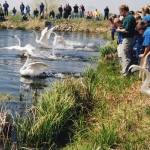 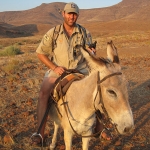 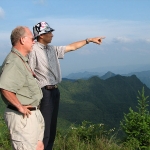 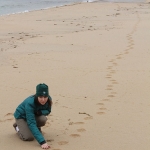