Minnesota Zoo Director/CEO Lee Ehmke has been named president of the World Association of Zoos and Aquariums (WAZA). The announcement of the two-year post was made in Orlando, Florida, yesterday during the annual WAZA conference.

The unifying organization for the world zoo and aquarium community, WAZA includes 300 members from leading zoological institutions, associations, affiliate organizations, and corporate partners around the world. With more than 700 million guests visiting zoos and aquariums around the world annually, WAZA’s goal is to guide, encourage and support its members and like-minded organizations in animal care and welfare, environmental education and global conservation. Its work is far-reaching and includes conservation education, management, endangered animal breeding programs, and best practices in exhibit development. 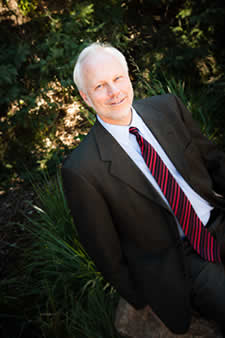 As president, Ehmke will represent WAZA at international environmental policy and regional zoo association meetings. He will lead WAZA Council and executive offices in implementing the organization’s strategic plan, working toward WAZA’s ultimate vision: that the full conservation potential of the world’s zoos and aquariums is realized. His top priorities include re-visiting and updating the World Zoo and Aquarium Conservation Strategy, initially developed in 2004, and completing a global strategic framework for zoo animal welfare.

Ehmke, who has served on the WAZA council since 2009, succeeds Jörg Junhold, director of the Leipzig Zoo in Germany. Says Ehmke: “I am honored to have been chosen to serve as president of WAZA. As the future of wildlife and wild places becomes increasingly uncertain, the collective work of zoos and aquariums is more critical than ever. International cooperation on species survival and in situ {in nature} conservation, the sharing of best practices and representation of the zoo/aquarium community in global conservation forums are all roles facilitated well by WAZA. The Minnesota Zoo has long been engaged in the development of an effective global zoo/aquarium network, and I am excited by the opportunity to expand our participation.”

Adds Minnesota Zoo Board Chair Julie Kunkel: “Lee’s appointment is tremendous recognition for the Minnesota Zoo and its commitment to conservation. Our involvement with WAZA has resulted in demonstrable benefits for the Zoo, and we look forward to Lee’s tenure as president as an opportunity to advance our conservation efforts.”

Ehmke has served as director and CEO of the Minnesota Zoo since 2000, leading it toward its strategic goal of becoming a world-leading zoo. Prior to arriving in Minnesota, Ehmke was director of planning and design at New York’s Wildlife Conservation Society (WCS), headquartered at the Bronx Zoo.