Born in September, 1983, Nikko is the oldest living male snow monkey in North America (per the studbook, an international record-keeping system that is similar to a pedigree).

Said Minnesota and Tropics Trail Curator, Tom Ness: “Nikko arrived at the Minnesota Zoo in 2001; since that time, he’s been a great animal to have in the troop. As one of the dominant males, he has always been laid back – helping to maintain peace within in the troop which is not typical of male snow monkeys. We believe that his personality has helped him survive twice as long as a typical male.”

Species longevity in the international studbook is age 34 for males, 39 for females.

Just three other living snow monkeys in the world (recorded in the international studbook) are older than him: two in Czechoslovakia (age 36) and one in Roma (age 35). Of all males overall (living and deceased) there have been only seven older than Nikko.

It’s estimated that Nikko has lived longer than 99.5% of other known male snow monkeys. 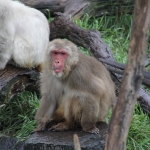 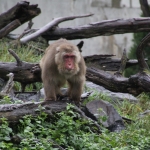 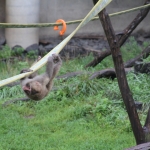 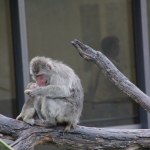 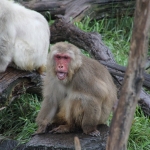