Apple Valley, MN – June 12, 2015: Minnesota Zoological Garden (Minnesota Zoo) Director and President Lee C. Ehmke has been named to the role of President and Chief Executive at the Houston Zoo. His last day with the Minnesota Zoo will be August 11; he will assume his new responsibilities in Texas in early September.

Peter Maritz, Chair of the Zoo’s Board of Directors, acknowledged Ehmke’s leadership within the accredited zoo community. “Lee has built an international reputation as a visionary leader in animal conservation and exhibit development.  It is no wonder that another world-leading Zoo like the Houston Zoo would be attracted to Lee based on his accomplishments throughout his 15-year tenure in Minnesota.”

Ehmke joined the Minnesota Zoo in August 2000. He has led the organization to significant institutional growth – including the development of new exhibits, increased service to the community, and a refocused mission that places conservation at the core of the Zoo’s work. His exhibit legacy is seen throughout the Zoo’s campus and includes the renewed Medtronic Minnesota Trail (2007), Russia’s Grizzly Coast and Central Plaza (2008), and Heart of the Zoo (phase 1) featuring the Target Learning Center, Cargill Environmental Education Center and 3M Penguins of the African Coast (2011). This summer, Minnesota Zoo guests are invited to “Rediscover Discovery Bay,” the latest exhibit renewal to come to fruition under Ehmke’s leadership.

Discovery Bay also marks a distinct philosophical direction for the Zoo – one that places efforts to save wildlife at the heart of the guest experience.  Ehmke, a passionate conservationist, led the Zoo’s most recent strategic planning process which explicitly acknowledges conservation as the core of the Zoo’s work. Enthusiastic support for this focus on conservation among Zoo board and staff will carry the vision for a zoo-based conservation organization forward after Ehmke’s departure.

“I am thankful for my 15 years at the Minnesota Zoo and the remarkable transformation that has taken place here,” Ehmke says. “I will have an exceptional opportunity to share the experience and knowledge I’ve gained here in Minnesota with another zoo as they embark on their own journey to broaden their conservation programs and reimagine their campus.”

Ehmke joined the Zoo at a time when attendance was hovering around one million annual visitors. He spearheaded efforts that reestablished the institution as a world-leading zoo, attracted private philanthropy to complement the State’s investment, and reimagined the 485-acre campus to improve the guest experience. The results of these efforts led to all-time peak attendance in 2012 of more than 1.36 million. While recent declines in attendance and revenue necessitated additional investment from the State of Minnesota though a supplemental appropriation earlier this year, attendance and revenue have subsequently rebounded and the Zoo is on track to finish its current fiscal year (June 30, 2015) with a balanced budget and total annual attendance of 1.25 million guests.

Established by statute in 1969 and opened to the public in 1978, the Minnesota Zoo is a state agency and, as such, receives significant support through appropriations from the Minnesota State Legislature. Unlike other state agencies, for which commissioners are appointed by the Governor, the Minnesota Zoo board is authorized to appoint the organization’s leader.

The Director of the Zoo also has oversight of the Minnesota Zoo Foundation, which is a separate 501 (c)(3) nonprofit organization that raises charitable funds from individuals, corporations and foundations to support the Zoo’s operations, conservation and capital investment efforts. Under Ehmke’s leadership, the Foundation successfully completed a $78 million campaign that attracted significant support from both the public and private sectors. The Foundation is a critical partner in the development of new Zoo exhibits like Heart of the Zoo (phase 2), the next major exhibit renewal that will include a refreshed snow monkey habitat and a new, permanent meerkat exhibit.

Kevin Willis, the Zoo’s Vice President for Biological Programs, has been asked to serve in the role of Interim Director. With board approval in late June, Willis would serve as Interim Director beginning August 11 until a new Zoo Director and President is identified. Willis, like Ehmke, will be supported by a senior leadership team that includes seasoned professionals who bring extensive experience from the conservation, cultural nonprofit, philanthropic, government and corporate arenas. A national search for Ehmke’s successor will begin in July and will be conducted by a search firm.

“Lee will be missed as an inspiring leader and as a good friend,” Maritz acknowledged, “but the Minnesota Zoo has never been better positioned to thrive. The next leader of this esteemed institution will inherit a visionary strategic plan, a stellar leadership team, strong investment from the private community, and the support of a Governor and legislature who have resoundingly affirmed their confidence in our work. We look forward to continuing our efforts to save wildlife and to inspire another generation of Minnesotans by bringing people and animals together for amazing experiences.”

Suzanne Nimocks, Chair of the Houston Zoo Board of Directors, says, “The Board of Directors and I are honored to have someone with Lee’s breadth and depth of experience as our next President and CEO.  His powerful combination of passion for conservation, visionary leadership, and dedication to the highest quality animal husbandry, education programming, and visitor experience is aligned with our mission at the Houston Zoo.”

With 2.4 million visitors annually, the Houston Zoo is among the top ten zoos in the country in attendance and is one of Houston’s most visited cultural attractions. Its mission is to provide a fun, unique, and inspirational experience fostering appreciation, knowledge, and care for the natural world. 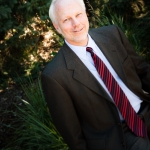