Apple Valley, MINN – September 17, 2014: Five wolf pups, orphaned during Alaska’s Funny River Fire in May, have found permanent homes at the Minnesota Zoo and will make their public debut on Thursday, September 18 at 9 a.m.

Earlier this spring, Alaskan firefighters rescued the wolf pups from a den near the fire, which devastated over 200,000 acres on the Kenai Peninsula and left the litter of then two-week-old wolf pups without a mother. Firefighters spotted the abandoned den, kept a close watch on the area in hopes the mother would return, and intervened after two days of non-parental care.

Once rescued, the pups – named “Gannett,” “Hooper,” “Huslia,” “Stebbins” and “X-Ray” (after the firefighters’ hometowns and the fire crew) – were brought to the Alaska Zoo where they were treated for porcupine quill injuries and bottle-fed every three hours. Because the Alaska Zoo already had a permanent wolf pack on display without room for the new pups, the Alaska Fish and Game Department worked quickly to find a new home for them. Although they received many requests, the Department chose the Minnesota Zoo as the pups’ new home, based on an excellent history of collaboration that includes placement of three brown bears, which also came to the Minnesota Zoo as orphaned cubs from Alaska.

When the wolf pups were eight-weeks-old, they were transported to the Minnesota Zoo thanks to one of the Zoo’s partners, Delta Air Lines. Since that time, Zoo staff has been busy hand-raising the pups and providing the nutrition and medical care necessary to ensure they grow into healthy adults. After spending mandatory time in a quarantine area, the new pack is moving to their new home – the wolf exhibit on the Medtronic Minnesota Trail.

The Minnesota Zoo is located in Apple Valley, just minutes south of Mall of America. Open year round, the Zoo is one of the State’s premier cultural attractions serving 1.2 million visitors annually. With a mission to connect people, animals and the natural world, the Zoo is a member of the Association of Zoos and Aquariums (AZA) and the World Association of Zoos and Aquariums (WAZA). Learn more at mnzoo.org or by calling 952.431.9500. 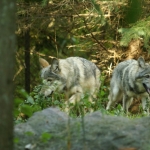 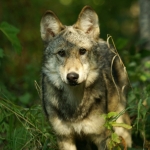 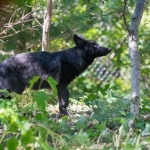