The Poweshiek skipperling is a small orange and brown butterfly that was once abundant in Minnesota’s tallgrass prairie.In the last two decades there has been a population collapse of the Poweshiek skipperling. There has not been a confirmed sighting in Minnesota since 2008 (at the latest), even where there is good habitat remaining. Many other prairie butterflies are also apparently in decline.

These butterflies are found only in tallgrass prairie―they’re unable to survive in any other type of habitat.  It has disappeared from about 96% of its historic populations, and may now be extinct in Minnesota.

Adult butterflies fly low to the grass, and males zigzag around looking for females. In mid-summer, they mate and lay eggs. Caterpillars only do half their growing the first summer, and then hunker down for the winter. They wake in the late spring and begin feeding and growing again. Poweshiek skipperlings are one of many important prairie pollinators and a valuable indicator of prairie ecosystem health.

The Poweshiek Skipperling is listed as Endangered under the U.S. Endangered Species Act. Fewer than 500 individuals likely remained in the world in 2013. In partnership with many agencies, the Minnesota Zoo’s Prairie Butterfly Conservation Program is studying the reason for their decline. 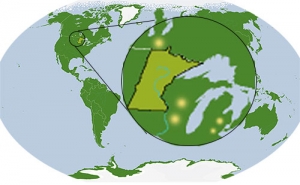 The Poweshiek skipperling had a historical range from southern Manitoba through Minnesota, Iowa, Wisconsin and south-central Michigan. Over 50% of its historic range was once in Minnesota, which is why it’s arguably the most Minnesotan butterfly. No other butterfly had such a large percentage of its range in Minnesota.

The primary threat to the Poweshiek Skipperling is loss of habitat and habitat fragmentation. This species is now only found in a few sites spread out over Manitoba, Wisconsin, and a few remnant patches in Michigan. Most of these sites are not much larger than the Minnesota Zoo’s parking lot! Alarmingly, the Poweshiek skipperling has not been seen in Minnesota since 2007 and may be gone from the state.

Remaining habitat sites are hundreds of miles apart. Unlike monarch butterflies that can fly great distances, the Poweshiek skipperling likely does not travel more than a few hundred meters in a lifetime and cannot travel between the remaining sites.

Working closely with many partners, including the Minnesota Department of Natural Resources and U.S. Fish and Wildlife, Minnesota Zoo biologists conduct field surveys for Poweshiek skipperlings and other rare butterflies, and try to locate any remaining hidden populations. The Zoo is also conducting research to learn more about the genetic diversity of the remaining populations. 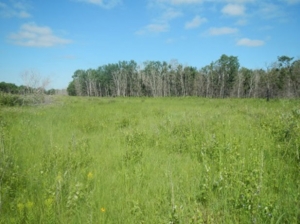