Silent, sleek, and strong, Amur leopards are deadly hunters of deep forests. They roam large areas in search of prey. Their long, thick coat and long legs help them survive the cold and deep snow of eastern Asia.

Amur leopards rely mostly on small deer (sika and roe) for food. They carry their kill to a high point for safe storage. One carcass can feed an adult most of a week.

Not long ago, Amur leopards lived over a wide area of northern China, the Koreas, and a small part of Russia’s Far East. Expanding human populations have reduced the wilderness and isolated the leopard.

These stealthy, speedy hunters excel at climbing and jumping. They prefer to be alone rather than in the company of other Amur leopards, and keep and defend territories of up to 60 square miles—about the size of Minneapolis.

With deer populations declining and habitat being disrupted, these magnificent animals teeter on the brink of extinction. Fewer than 50 individuals live in the wild. But hope remains: recent public campaigns have saved their last refuge, and some old habitat may be restored.

Amur leopards are on the brink of extinction due to the loss of habitat, loss of prey, and poaching. By 2008 only 30 Amur leopards remained in the wild, isolated in a small (1,000-square-mile) pocket at the tip of Russia’s Pacific coast. The good news? An oil pipeline planned through their remaining habitat has been rerouted. New protections in China have expanded their potential territory, and efforts are underway to restore and protect additional habitat. Someday leopard from zoos may be reintroduced into newly protected habitats.

The Amur leopard is one of 10 subspecies of leopard. All leopards are classified as almost extinct by the U.S. Fish and Wildlife Service, Appendix I of CITES and are classified as Critically Endangered. Prey species reductions, habitat loss, and conflicts with humans continue to threaten this rare leopard. As is the case for all animals with such small population sizes, Amur leopards are prone to extinction if catastrophic events such as fire occur, and they are highly susceptible to random demographic (e.g., birth/death rate) variation and an increase in deleterious traits due to inbreeding.However, hope remains. There are some 200 Amur leopards in zoo populations. The Minnesota Zoo and other organizations are working to protect habitat and prey. The Zoo also manages populations in North American zoos to minimize genetic inbreeding. Together, these programs may result in future reintroductions to parts of the leopards’ former wild range.In winter 1998, Chinese, Russian, and Americans worked together to determine the distribution and status of Amur leopards in Jilin Province, China. In 2001, 25 of the 30 holders of Amur leopards, including the Minnesota Zoo, contributed $13,500 for a census to determine current population numbers and the potential for continued viability of the current wild population.It appears the wild population may be growing slightly and reproduction is evident. Lasovsky State Nature Reserve in Russia, created in 1935, is large enough to sustain big cat populations. This area once contained Amur leopards, and the reserve is a strong candidate for a future reintroduction program. Researchers plan to use camera traps to photograph predator/prey species in the reserve (including tigers, roe deer, and sika deer) to help determine the viability of Amur leopard reintroduction. 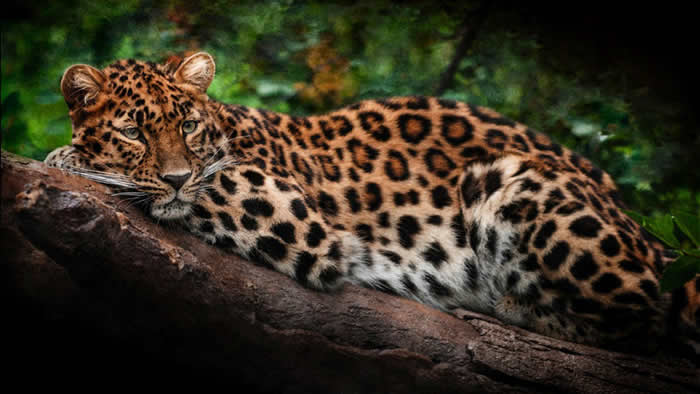 The Minnesota Zoo Foundation, funded by grants and donations, contributes to programs to preserve existing populations and increase habitat in the wild. It also helps manage zoo populations across the United States to maximize the genetic diversity needed to help the animals thrive if and when they are reintroduced into the wild.

In 2003, the Minnesota Zoo’s Ulysses S. Seal Conservation Grant Program awarded $2,500 to international efforts to census Amur populations in the wild and determine their viability.

In 2007, the program provided funding to purchase camera setups, film, and batteries for a project assessing the suitability of a nature reserve in Russia for a future reintroduction program. The Minnesota Zoo Foundation also contributes $20,000 annually to Amur leopard conservation.